A time when people experiencing mental ill-health feel themselves accepted and valued as they are and not defined by their mental health, and that they feel free of stigma and discrimination.

Official opening of SDAMH’s The Cabin by Diana Rigg (to become Dame Diana in 1994 and SDAMH patron in 1997) on 25 October 1991 with Jack McConnell (Leader of Stirling District Council) and Ann Wallace (Convener, Central Regional Council)

Incorporated as Company Limited by Guarantee and registered with Companies House

Opening of new extension of SDAMH premises in Riverside

Stakeholder engagement resulting in refocusing and rebranding SDAMH and relaunching under new name of Action in Mind.

Launch of Action in Mind’s three-year strategic plan (2011), One in Four - too many

Action in Mind selected as one of five Scottish charities for the Scottish Parliament’s Community Partnerships Programme leading to the launch of Working Well with Mental Health: Employer’s guide to mental health in the workplace

Partner to the Stirling Integrated Mental Health Service with NHS Forth Valley and Shared Services (Clackmannanshire and Stirling Councils) Launch of the three-year Peer Mentor Support project for Mental Health Carers, in partnership with the Mental Health Foundation and Glasgow Association of Mental Health, funded by the Big Lottery Action in Mind, lead partner for the Scottish Mental Health Co-operative’s three year national project, Age in Mind: mental health stigma and discrimination in later life, funded by See Me (national anti-stigma programme) Funding from Stirling Council’s Opportunities for All, to extend the Time to Talk Service to 16 & 17 year olds on activity agreements

Action in Mind named Charity of the Year by M&S, Stirling

Action in Mind publishes, Age in Mind: mental health stigma and discrimination of people over 50 literature review, as part of the partnership` project with the Scottish Mental Health Co-operative Time to Talk service extended to Dunblane and McLaren High Schools, funded by individual donations to and fundraising by Action in MInd First Minister, Nicola Sturgeon MSP (below) at Action in Mind’s Youth Aloud event at McLaren High School for two hundred senior pupils from across Stirling Council area (5 October 2016) 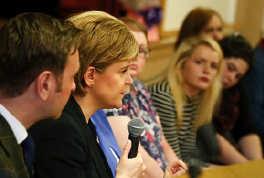 Setting up of new counselling services as supporting partner of Future Pathways, Scottish consortium of statutory and third sector organisations seeking to identify and support in-care survivors of abuse and neglect. Achievement of the Quality in Befriending Award for Excellence (good practice) from Befriending Networks

Tenth anniversary of Action in Mind 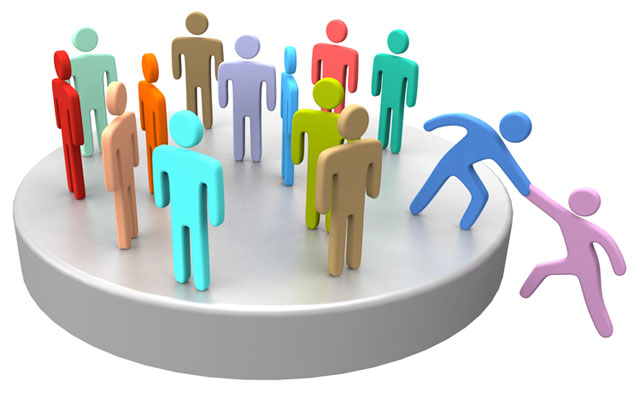